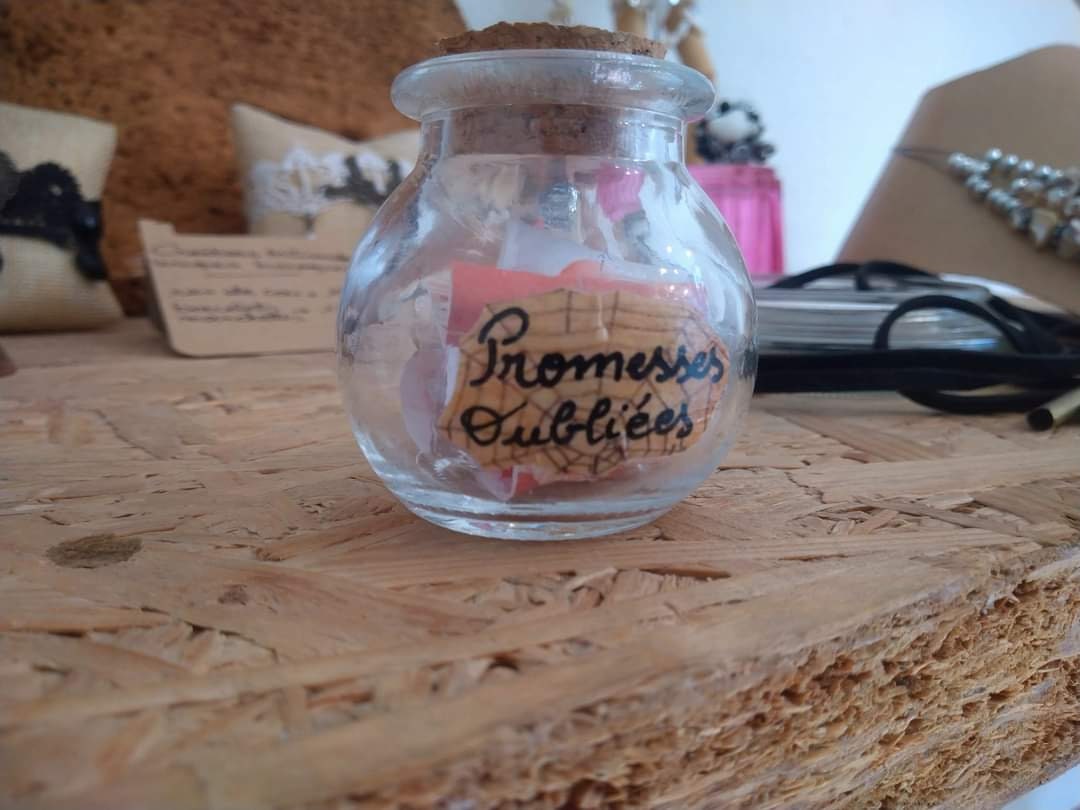 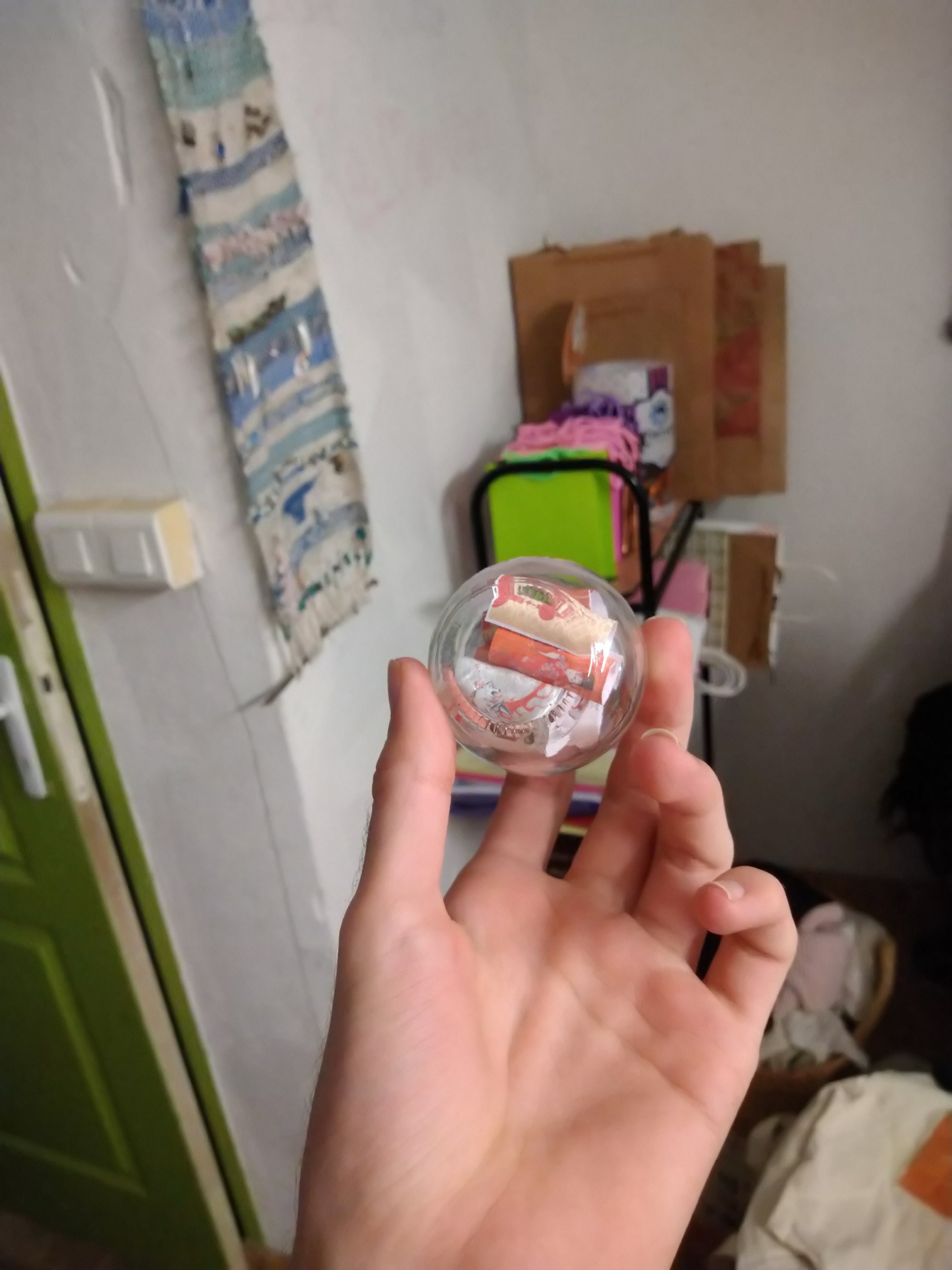 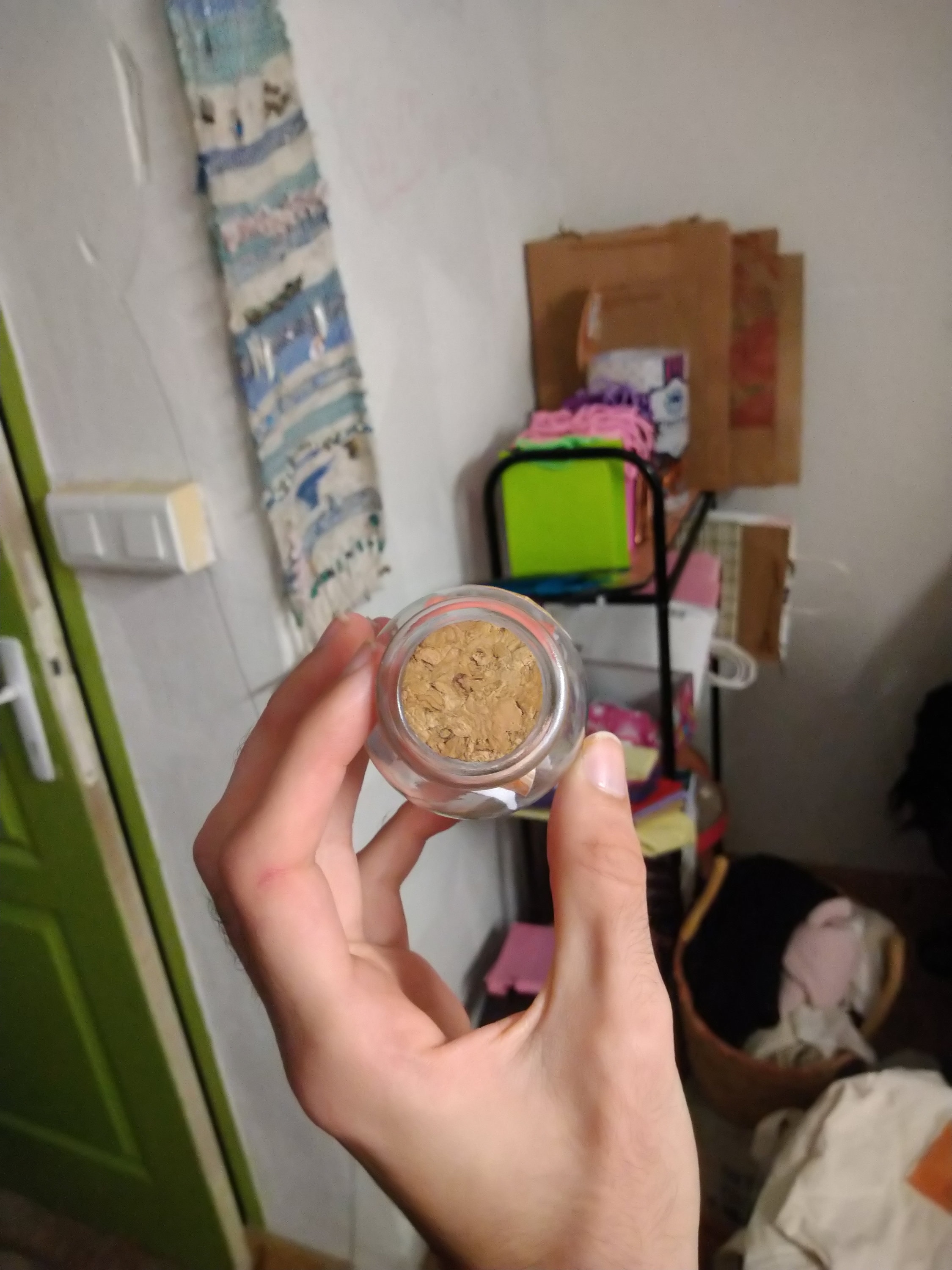 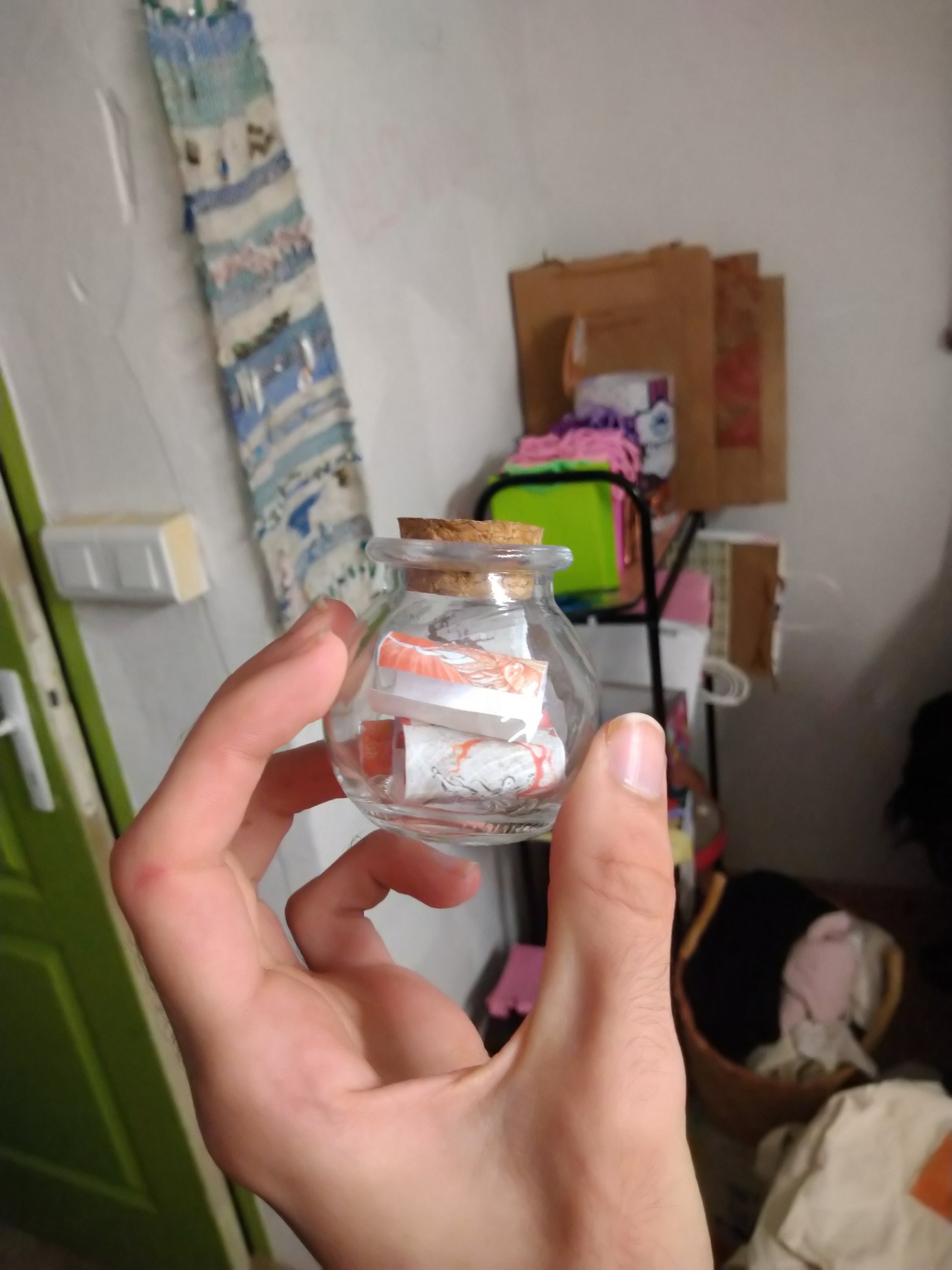 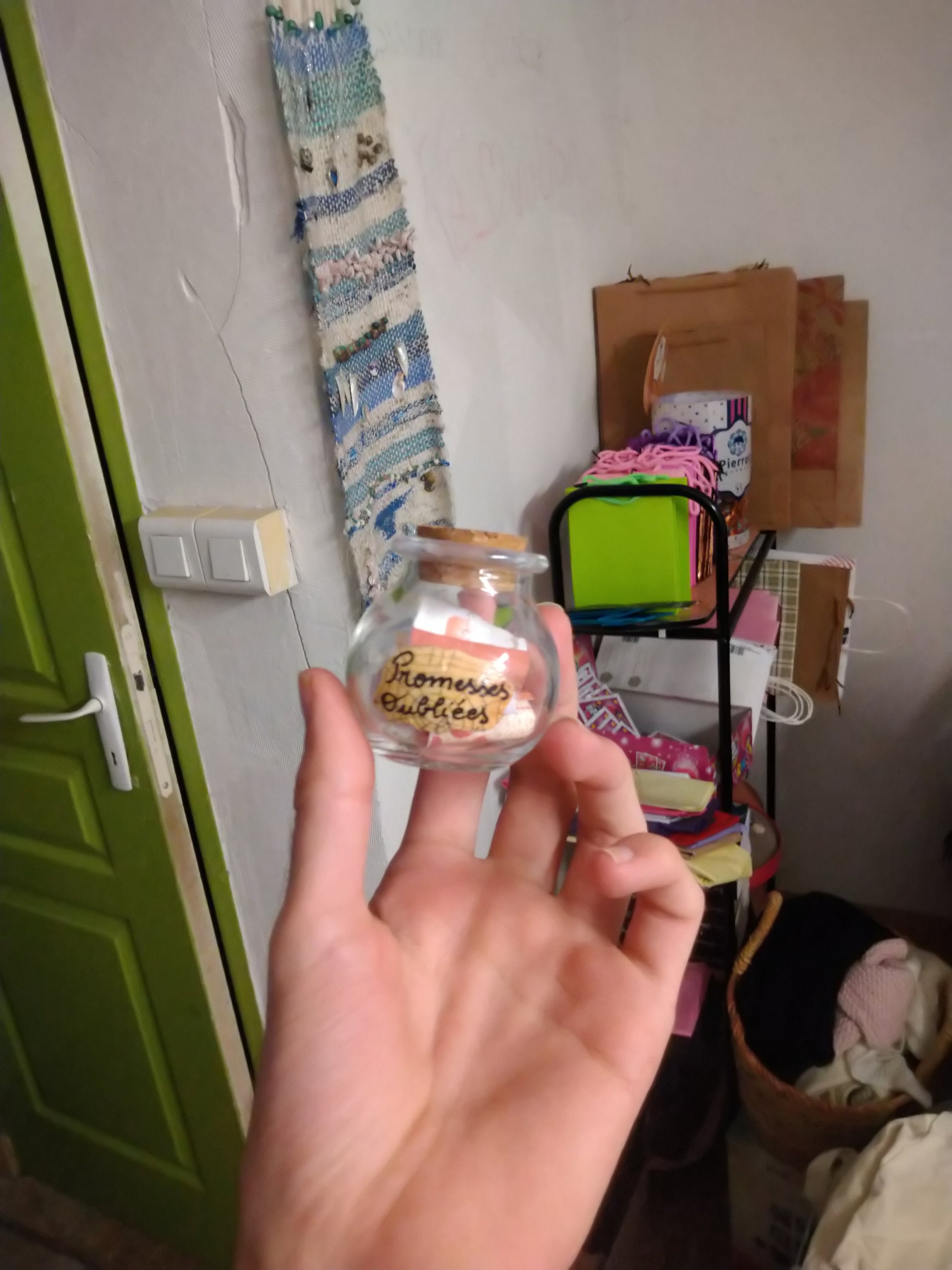 This potion-deco goes hand in hand with the one named: lies kept.

Indeed, just as in the universe of "kingdom heart" these two objects go hand in hand reflecting each other a contrary feeling compared to the word used "in the end a lie kept, it's a good thing, right?"

Still lacking inspiration I decided to make an artistic essay of the physical representation of a forgotten promise.

For this I had the idea of printing small images from the "Okami" universe, I rolled like a parchment and then placed in a bottle these same images.

I did this because Okami is a game offering a typical Japanese culture revolving around the myth of Amaterasu, the sun goddess.

I wanted to make a direct reference to the festival of the stars, a feast where everyone hangs their wishes on the branches of trees giving hope of obtaining a heavenly promise.

No luck, in this bottle, the scrolls of wishes, in addition to being virgin are in the effigy of a video game character representing the sun, knowing that the wants are hung once night falls, no extension out of the influence of Amaterasu, it gives an absurd combination of wishes never heard and promises forever forgotten.

I gladly accept returns and exchanges

Ship items back to me within: 14 days of delivery

But please contact me if you have any problems with your order.

The following items can't be returned or exchanged

Because of the nature of these items, unless they arrive damaged or defective, I can't accept returns for:

0 items in your cart